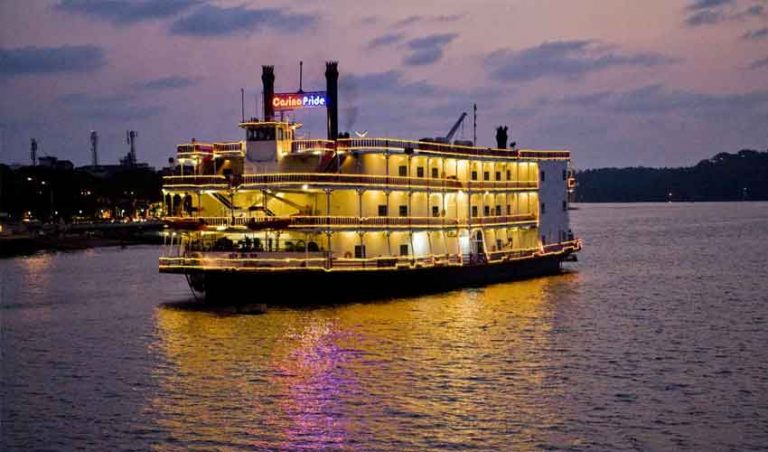 This Wednesday, the state cabinet granted a six months extension to the offshore floating casinos  to continue operations in Mandovi River, between Panaji and Betim, as it is yet unable to resolve any alternative location where they can be transferred.

A cabinet note said that the home department, along with the captain of ports, had tentatively identified four sites for their relocation — the mouth of Mandovi, near Aguada jail, two locations on the Zuari, and in the Chapora.

“A long-term policy in this regard is expected to be finalized, before the end of the extension period in March 2021, so that the matter does not crop up before the cabinet every six months, ministers said.

In line with this, the government said that the identified sites found were to be “technically not feasible”, the issue of relocating them from the Mandovi could not be finalized.

Top 9 Casinos in Goa to Try Your LuckThis has led the state government to grant extensions to the six casinos to continue their operations in Mandovi over the past couple of years, subject to the condition that they shall shift out whenever a feasible alternate site is finalized by the government.

The note also stated that objections had been sought from the public on the proposed sites and that several were received from various individuals and village panchayats, in favor of the move of the offshore casinos.

Back in February, Goa Ports Minister Michael Lobo had argued for an opposite approach, calling for the offshore casinos to remain where they are and for additional casinos to be licensed in other areas, as tourism and revenue-boosting measure.

Sawant ordered the suspension operations of all of Goa’s casinos – both the six shipboard operations and the handful of land-based venues in upscale hotels – in mid-March to combat the proliferation of COVID-19. Although he has permitted a partial easing in April 20.