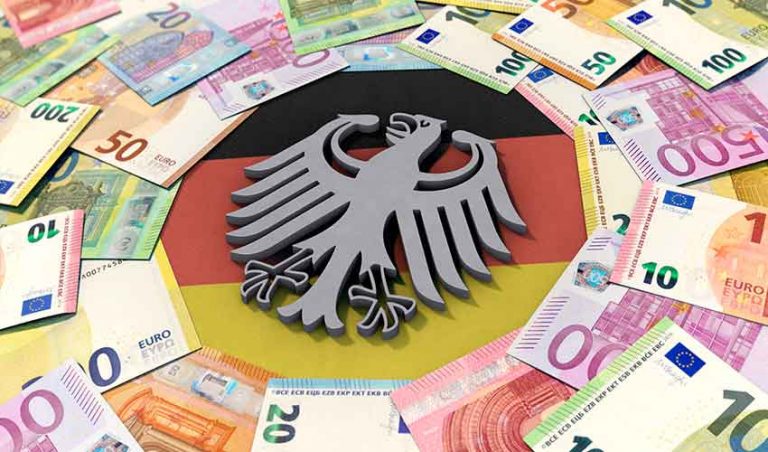 The new Turnover tax may jeopardize the German regulated market

The proposed 8% tax on slot stakes and 5.3% tax on poker in Germany will compromise the player protection goals set out in the new State Treaty on Gambling, and jeopardize the success of the regulated market.

Dr. Justus Haucap, the leading economist and director of Düsseldorf Institute for Competition Economics (DICE), compiled a report related to the proposed tax increase. The report was commissioned by operator associations the Deutscher Sportwettenverband (DSWV) and the Deutscher Online Casinoverband (DOCV), which is in response to recommendations from a working group made up of the State Finance Ministries of Hesse, Nordrhein-Westfalen, Bayern, and Berlin.

The new Fourth State Treaty on Gambling, the Glücksspielneuregulierungstaatsvertrag (GlüNeuRStV) legalizes online slots, table games, and poker for the first time, but is not setting up any tax rate.

In his report, Dr. Haucap noted that the tax “does not make legal gambling so unattractive for players that they are driven to the illegal market” … “an 8% stake tax for slots would do just this”.

“This stake tax massively jeopardizes the goal of channeling gambling [to legal providers], because a turnover tax of 8% reduces the possible payout ratios”.

“Thus the attractiveness and competitiveness of the legal game have deteriorated so blatantly that many players would rather play in the illegal market”.

Owing to this fact, the German market will fail to meet its targets for channelization, and that will seriously affect the player protection measures. This will also lead to a growth in the offshore market, Haucap continued.

“The finance ministries’ working group seems to assume that the volume of previously illegal gambling will not increase,” … “Based on data and experience from abroad, these assumptions are unrealistic and will prove to be incorrect.

“The range of online gambling offerings is huge and so the industry is very competitive.”

The working group declared that the high tax is arranged for better player protection reasons, in order to discourage high levels of play. However, the State Treaty already included several other player protection measures such as a €1,000 monthly deposit limit across all operators and a €1 stake limit on slots.

In conclusion, using a new tax to limit addiction would have a little additional effect, even before considering the effect on channelization.

“A gambling stake tax does not lead to a fight against gambling addiction, but counteracts this goal,” … “In addition, it also significantly reduces the tax base and thus the tax revenue.”

In this report, Dr. Haucap examined how the 8% stake tax would affect the slots business.

Considering that the new tax is related to a game with a 96% return-to-player rate (RTP), the companies operating these games will have to reduce the RTP to 88% in order for the revenue to be the same as without the tax.

The players will notice this change and it “will result in them relocating their gaming activities from the regulated to the non-regulated market”.

The clients that will continue to play with licensed providers, will end up depositing and losing more money instead in order to play for the same amount of time, while the casinos that keep the same RTP before the tax, would lose money from the game.

Many casino games such as roulette and blackjack would face a similar problem, as again the tax would have a significant impact on the amount returned to players.

Dr. Haucap continued, that the 5.3% tax for online poker does not make much sense either, as the rake an operator takes from a game is only a small percentage of the total stakes in a game.

He advises that instead of a turnover tax, the working group should recommend a 15%-20% tax on gross revenue.

“This is the only way to achieve a high channeling rate with high tax revenue at the same time”.

It pointed out that revenue-based taxes are the norm across Europe, with an average rate of 19%.

The treaty has already been ratified by the Minister-Presidents of Germany’s 16 federal states.

In addition, 13 of the 16 state legislatures must also approve the agreement, but states have already set up a transitional structure, whereby operators may offer online sports betting, poker and slots under the terms of the new treaty until it becomes law.

How to get a Gamblign License in Curacao in 2021